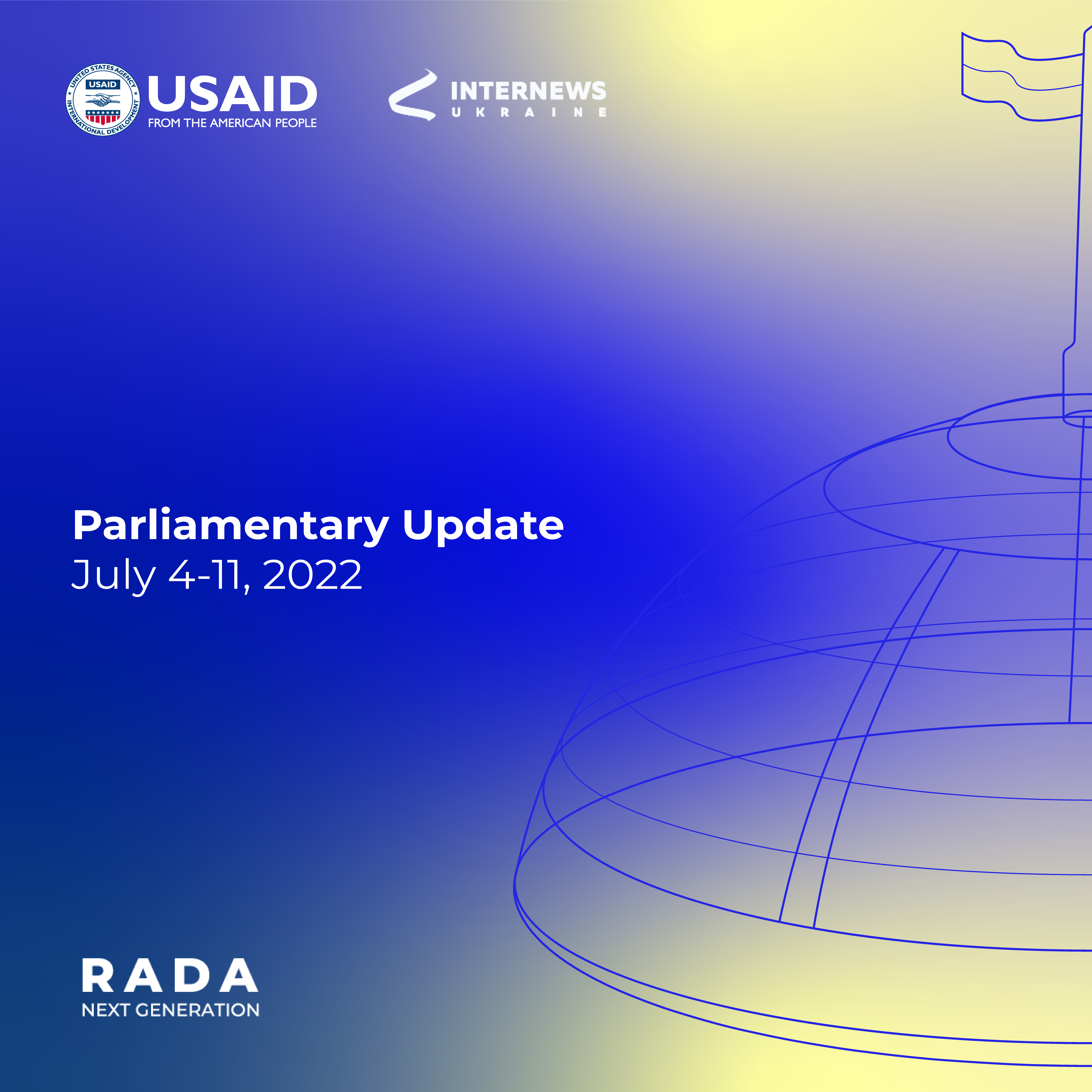 Parliament should adopt the law to legalize the method of calculating damages incurred by russia's invasion — VRU Speaker Ruslan Stefanchuk.

"We have to demonstrate to our colleagues that the damages caused to Ukrainians due to the destruction of their homes or businesses are calculated under an internationally recognized method, which is necessary for us to raise questions about the completeness of compensation and appropriate reparations by the russian federation", said Mr. Stefanchuk to the Interfax-Ukraine agency, commenting on the outcomes of the first day of the Ukraine Recovery Conference in Lugano, Switzerland, July 4. He also added that Ukraine remains in close contact with the US and Canada, who have "already done a lot on this front", and that the Ukrainian Parliament seeks to digitalize the processing of the data that each affected person provides information about their lost property. Overall, the Verkhovna Rada will have to adopt a number of legislative acts under each of the 15 national programs for Ukraine's recovery presented in Lugano.

On July 5, the eighth court of appeal ruled to prohibit activities of the Communist Party of Ukraine, recognized by the Ministry of Justice as pro-russian.

The court decided to transfer the funds and other assets of the party, its regional, city, district organizations, primary organizations and other structural entities to the state. Thus, the Communist Party became the 15th pro-russian party banned in Ukraine.

Media: 57% of adopted laws since February 24 were supported by more than 300 MPs, which is a constitutional majority.

According to the Chesno movement, Ukrainian lawmakers approved almost 200 laws and resolutions, dt.ua reports. On average, during each plenary meeting, MPs voted in favor of 20 laws, and 57% of all laws were supported by a constitutional majority. Among all approved laws, around 80% of them were initiated by MPs of all factions and groups except the former opposition platform for life and “Dovira” group.

Agenda for each VRU plenary meetings will include draft laws on Ukraine’s EU accession — Deputy Head of the VRU Committee on EU Integration, Head of the VRU Permanent Delegation to PACE, MP Mariia Mezentseva during her briefing at the Ukraine media center.

Ms. Mezentseva says that the Committee on EU Integration works weekly on the draft laws, the adoption of which is necessary to align the Ukrainian legislation with the European standards. She also stressed that the Verkhovna Rada intends to have 80 such draft laws adopted by the end of the year, but a realistic number would be around 30 bills.

War-related laws and alignment of Ukrainian legislation with the European standards: summary of VRU's plenary meeting.

On July 8, Ukraine's Parliament adopted a number of legal acts in the fields of economy, social policy, state building, and European integration during the plenary meeting. MPs terminated the mandate of MP Vadym Novinsky, who earlier announced his resignation over russia's war and occupation of Mariupol (Law no. 7529). VRU amended the Law "On Ukraine's Accession to the Convention on Jurisdiction, Applicable Law, Recognition, Enforcement and Co-operation in respect of Parental Responsibility and Measures for the Protection of Children", designating the National Social Service of Ukraine as a central authority to discharge the duties which are imposed by the Convention (Law no. 6145).

In the digital sphere, the Ukrainian Parliament adopted the National Informatization Program for 2022-2024 (Law no. 7298) and defined the competence of the central executive authority in the field of electronic communications for the period of martial law (Law no. 7478).

The Parliament improved social protection for rescuers (Law no. 7284) and introduced mandatory insurance and provision of journalists with protective equipment in the battle areas (Law no. 7367). Taxpayers were also exempted from liability for violating the requirements for timely and complete disclosure of financial statements (Law no. 7378).

The anti-corruption legislation was supplemented by the Law no. 7280, which provided an exhaustive list of instances where anti-corruption restrictions do not apply to the gifts received and their value.

The draft laws adopted in the first reading included:

On July 9, the VRU adopted some laws, which included:

The Parliament also adopted the following laws in the first reading:

For 17 weeks, USAID RADA: Next Generation Program has been assisting Ukraine’s Parliament in its external communication within the Communication Task Force of the VRU Secretariat,

On July 4, Ihor Kohut, Program’s COP, moderated the panel on the Parliament’s role in Ukraine’s recovery, where the legislative strategy of rebuilding and inter-parliamentary cooperation were discussed. Chairman of the Verkhovna Rada of Ukraine, Ruslan Stefanchuk, Vice-President of the European Parliament Heidi Nautala, and Irène Kälin, President of the National Council of Switzerland participated in the arranged discussion. Speakers of Switzerland’s and Ukraine’s Parliaments supported the joint statement on strengthening the peer-to-peer partnership between Ukraine’s MPs and foreign counterparts to increase the institutional capacity of Ukraine’s Parliament.

On July 6-7, the Program helped three MPs identify local issues in the Dnipropetrovsk region with their constituencies.

Local businesses, NGOs and MPs aides identified 4 main priorities for work: team development, social and humanitarian activities, international activity, and environmental issues during online strategic session within an Information-consultative hub in the Dnipropetrovsk region for Olena Kryvoruchkina, Yurii Koryavchenkov, and Volodymyr Zakharchenko, all from the Servant of the People faction. 29 participants analyzed the situation in the Dnipropetrovsk region under martial law and identified and rated the problems and challenges. As a result, a draft Roadmap of MPs team activity in the constituency during wartime with a list of defined planned activities will be created. The Program will continue to support MPs team in finalizing the document and implementing the Roadmap.

Croatia’s experience in the EU pre-accession period was transferred to the leadership of Ukraine’s parliament.

On July 7, USAID Rada: Next Generation Activity hosted practical training for MPs, government representatives, and experts on the best of Croatia’s experience in the legislation adoption and transformation of parliamentary internal procedures to meet new requirements due to EU candidacy status. 140 participants took part in the event, which proved the high demand for knowledge in the area of EU integration. Oleksandr Kornienko, First Deputy Speaker of the Verkhovna Rada of Ukraine, noted that the Parliament should enhance its capacities to operate more effectively in legislation approximation. Ivanna Klympush-Tsintsadze, Chair of the VRU Committee on EU Integration, claimed that the Parliament is ready to secure the legal ground for EU membership. Andreja Metelko-Zgombić, State Secretary for Europe, Ministry of Foreign and European Affairs of the Republic of Croatia, reassured that Ukraine could count on Croatia’s assistance and advice during the EU pre-accession period. Maja Gregurić, Head of Department for the EU Court, Sector for European Law, Ministry of Foreign and European Affairs of the Republic of Croatia, provided Ukraine’s MPs with some practical pieces of advice on how to strengthen the Parliament’s capabilities to approximate Ukraine’s legislation to the EU law.

30 high-school students attended the event. Participants gained knowledge of the structure of Poland’s state authorities and the Parliament as well as which support has been provided to Ukraine during the martial law. This lesson was the second in the series of online sessions “Parliaments of the World with Us”. The recording of the session is available via the link: bit.ly/3IyqxPM.

On July 14, 10:30 am, The Program will conduct training for communication units of the VRU Secretariat

on creative writing to enhance the social media of VRU.

On July 14, 3 pm, The Program will present the Westminster Foundation for Democracy’s research paper

on Governance policy and procedures in conflict and post-conflict settings. Registration: bit.ly/3yEgdRI.

On July 15-16, The Program will have a coordination meeting of the Program’s team, its partners and beneficiaries,

including VRU Secretariat members, to evaluate the first year of the Program’s implementation and plan the second year of Activity.