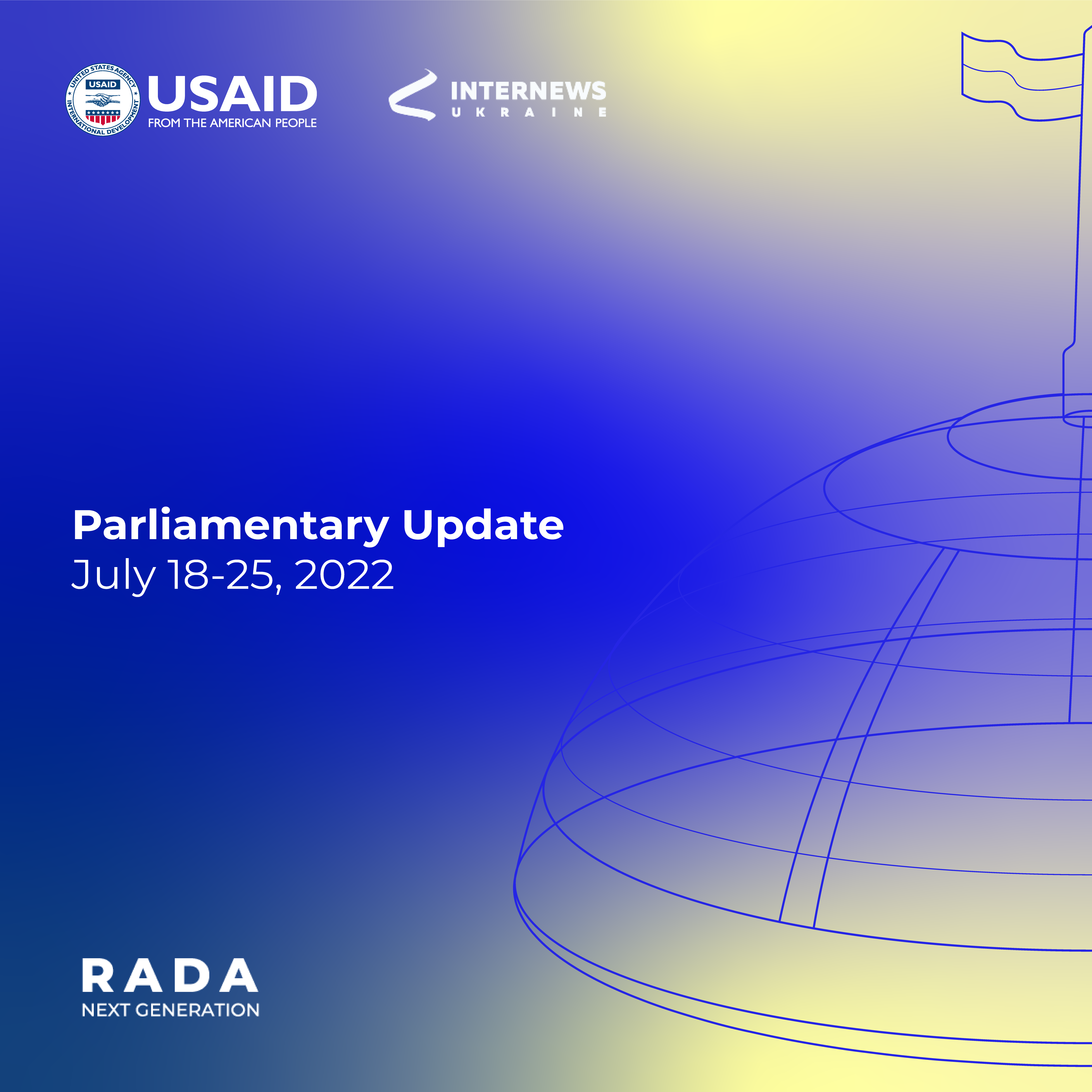 Ukraine's parliament decided on staffing changes and created an ad hoc commission to monitor the receipt of foreign aid.

Ukraine’s lawmakers adopted the legislation in the first reading, which provided legal and social guarantees for Polish citizens staying on the territory of Ukraine.

The Parliament also adopted a number of measures, namely:

For 19 weeks, USAID RADA: Next Generation Program has been assisting Ukraine’s Parliament in its external communication within the Communication Task Force of the VRU Secretariat,

What did the European Commission write about the Ukrainian parliament reform?

Legal Adviser of the USAID Rada: Next Generation Program Stanislav Ivasyk produced an analytical article for European Pravda, looking into the European Commission’s Opinion on Ukraine's application for EU membership, a significant part of which is devoted to the Verkhovna Rada of Ukraine and the need for its internal reform.

On July 18, the Program facilitated the meeting, which allowed Argentinian parliamentarians, NGO representatives, and scholars to ask Ukrainian MPs questions about the current situation in Ukraine in light of russia's full-scale aggression. The participants learned about Ukraine's perspective on the war and got first-hand information on the law-making process amid the war, including its current needs, whereas the Ukrainian side debunked most popular russian propaganda myths about Ukraine and voiced its requests for establishing closer interparliamentary cooperation and receiving technical aid from Latin America countries.

On July 20-21, the Program conducted a strategic session in the frame of the information-consultative hub for a team of Oleksandr Horobets, MP, Servant of the People in the Kyiv region. The purpose of the sessions was to identify problems, prioritize them, and develop a Roadmap for MPs and their teams for activity in the constituency/region in martial law. Participants identified four major issues in the region: social and humanitarian issues, international cooperation, team development, and communication within the constituency. The strategic session is aimed at assisting MP’s in introducing information-consultative hubs within their constituencies as a platform to support and strengthen MPs-constituents communication under martial law conditions.

VRU representatives gave their opinions on the first sections of the Green Book of Legislative Process.

On July 20, USAID Rada: Next Generation Program arranged the first meeting in a series of stakeholder discussions regarding the Green Book of Legislative Process, an analytical paper that systematizes the main normative and practical problems of the legislative process in Ukraine. 45 participants, among whom were MPs, members of their teams, government representatives, civil society experts, and scholars, dwelled on the methodological basis of lawmaking, the process of planning and preparing draft laws, and the right of legislative initiative. They identified ways to tackle issues that emerge during the said legislative phases and lower the quality of some laws adopted by the Ukrainian Parliament. The next meeting, at which the stakeholders will continue to discuss the Green Book so that it can be finalized and create a basis for the development of policy papers, is planned for July 27.

On July 27 and August 3, the Program will conduct training for members of the VRU Secretariat

On July 28-30, the Program will conduct a strategy session for MPs Roman Kaptelov and Oleksii Demchenko,

both Servant of the People faction, in the frames of the Information-consultative hub in the Dnipropetrovsk region.

On July 28, the Parliamentary Education Center will conduct an online lesson

On August 2-3, the Program will arrange an online meeting with members of Montenegro's parliament

on its experience in the processes of European integration. Registration: bit.ly/3vdUG1D.