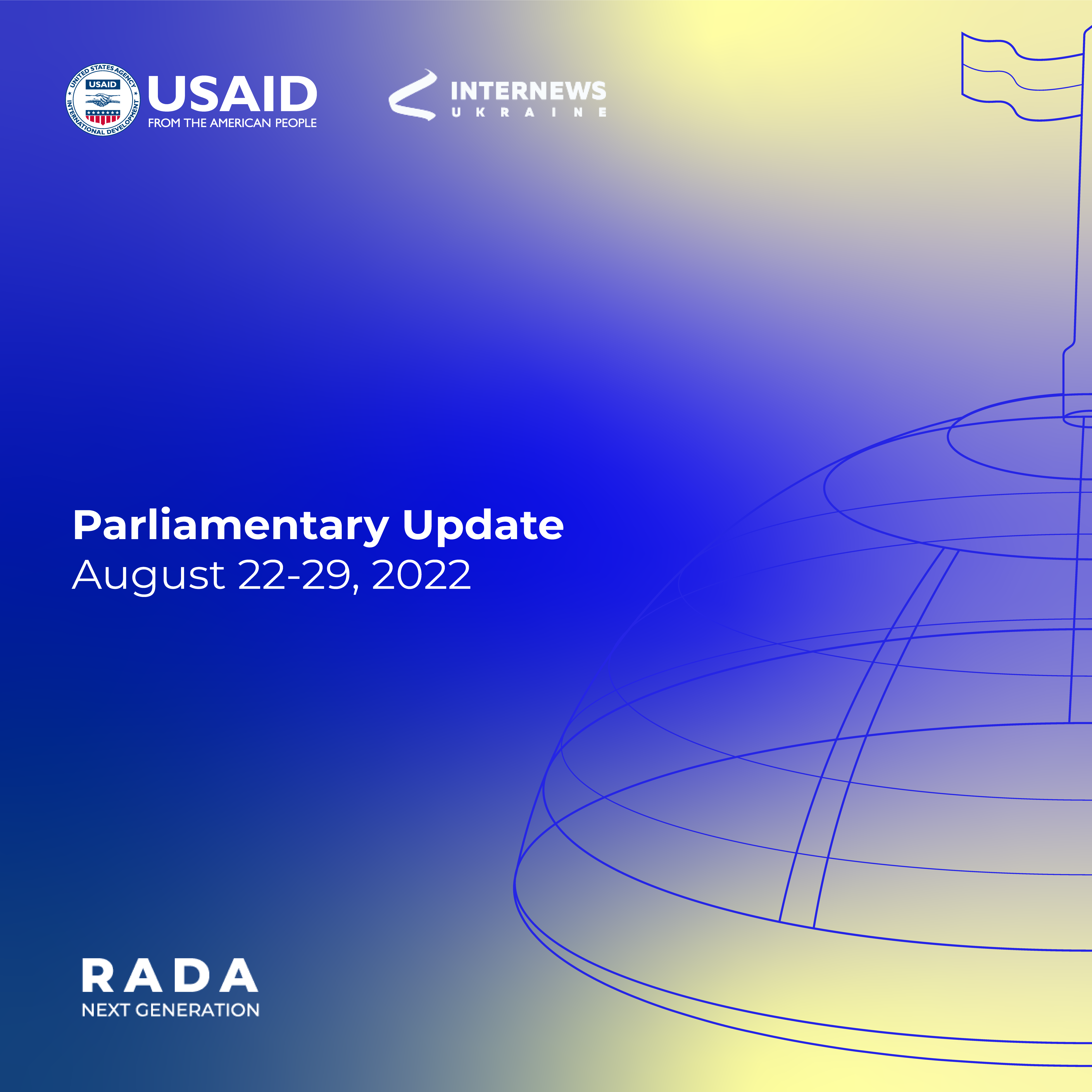 A bill proposing to seize the mandates of MPs from the banned “Opposition Platform — For Life” party was introduced in the VRU.

According to the explanatory note to the draft law, the proposed measure is motivated by the fact that members “did not care to conceal their pro-russian stance” and “were undermining sovereignty and independence of Ukraine, which constitutes a gross violation of MP’s oath”.

VRU First Deputy Chairman, Oleksandr Korniyenko, identified Ukraine’s needs amid the war during the meeting with a delegation of the Foreign Affairs Committees of the parliaments of Estonia, Latvia, Lithuania and Finland.

He mentioned that Ukraine needs weapons to fight and sanctions against russia that cannot be bypassed. According to him, European integration is the choice of Ukrainians, and the country is confidently moving towards full membership in the EU. He also mentioned that these countries are one of Ukraine's biggest allies and Estonia, Latvia, Lithuania and Finland provided Ukraine with more aid in terms of their GDP compared to others.

The suspect is Inna Ivanochko, who, according to the investigation, was the head of the pro-russian public organizations union in Lviv. It is claimed that she was acting on the instructions of the russian secret services and organized paid mass events that actively spread disinformation to destabilize the sociopolitical situation in the Lviv region and overthrow Ukraine's government.

For 24 weeks, USAID RADA: Next Generation Program has been assisting Ukraine’s Parliament in its external communication within the Communication Task Force of the VRU Secretariat,

USAID RADA Next Generation experts contributed to the VRU meeting with the Council of Europe on the selection of judges of the Constitutional Court of Ukraine.

On August 23, USAID "Rada: Next Generation" Program's experts participated in the meeting with the Chairman of the VRU Committee on Legal Policy and representatives of the Council of Europe regarding the draft law on the selection of judges of the Constitutional Court of Ukraine. Participants agreed to further cooperation on improving the draft law and its adoption by the VRU.

Program experts continued to support the activities of a working group on parliamentary reform.

RADA Next Generation assisted MP Olena Moshenets in communicating the issue of paying reparations from russia to Ukraine in her blog for lb.ua.

Program prepared the info brief on the international experience of paying reparations, which provided the historical perspective and helped Olena Moshenets to introduce it in the blog.

On August 25-September 7, RADA Next Generation organizes and conducts a study visit to the USA for employees of the Verkhovna Rada Secretariat.

It is designed for two groups of the VRU Secretariat to get acquainted with the US Congress Visitor Center and relevant institutions for employees of the Verkhovna Rada of Ukraine, and, in particular, the Education Center. The visit will help participants to study in detail the work of the Visitor center, tools and methods used in working with visitors, and establish cooperation. The second group of participants will get acquainted with the work of the US Congressional research service to implement best practices in the Parliamentary Research Service within the VRU.