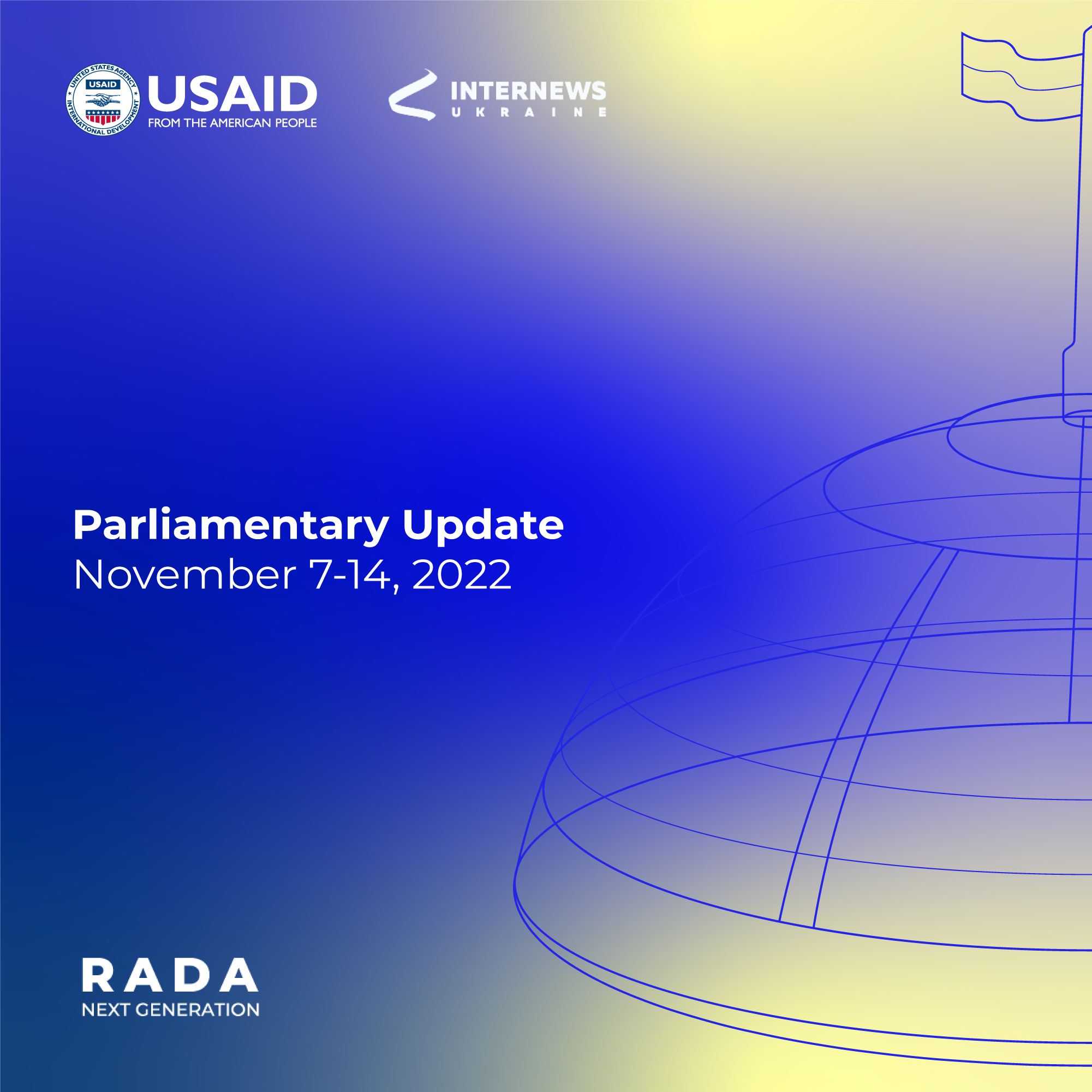 russia’s atrocities in the Kherson region are the same as those committed in other Ukrainian regions — President of Ukraine.

As stated by Volodymyr Zelensky in an every-night address, Ukrainian investigators have already discovered numerous bodies of civilians and documented more than 400 russian war crimes in the deoccupied territories of the Kherson region. It is also known that the russian occupiers destroyed the entire power system of Kherson and stole about 15,000 pieces of art from Kherson museums and cultural institutions.

On November 14, with 94 votes in favor, the General Assembly adopted a resolution that calls for russia to be held accountable for its violations of international law and pay war reparations to Ukraine. The document recognizes the need for the establishment, in cooperation with Ukraine, of an international mechanism for reparation for damage and calls for the creation of an international Register of Damage to serve as a record of evidence and claims information on damage induced by russia’s armed forces.

The damage induced to the medical infrastructure of Ukraine amounts to more than EUR 1 bln — Ministry of Health of Ukraine.

According to Deputy Minister of Health Bogdan Borukhovskyi, since the beginning of the full-scale invasion of Ukraine, russian forces have destroyed 144 healthcare facilities and damaged another 958. The total amount of damage is estimated at more than UAH 40 bln, which is more than EUR 1 bln.

Seimas of Lithuania calls for accountability for sexual crimes in Ukraine.

On November 8, Lithuanian lawmakers unanimously adopted a resolution strongly condemning russia's continued military aggression and war crimes committed against the Ukrainian people, namely the systematic and large-scale use and continued use of sexual violence.

The document expresses full support for the Lithuanian government's actions in initiating and participating in legal proceedings on russia’s war crimes and crimes against humanity; it also calls on the governments of Lithuania and other countries to take all necessary steps to ensure that victims of russia’s sexual crimes residing on their territory receive medical and psychological assistance.

According to the news agency, which claims to have a letter sent by Speaker of the Verkhovna Rada of Ukraine Ruslan Stefanchuk, the Ukrainian official called on the US to provide Ukraine with highly mobile air defense systems known as C-RAMs. The systems have a built-in radar to track incoming threats, such as rockets, artillery, and mortar rounds, and a giant rapid-fire gun to shoot them down. Mr. Stefanchuk stressed in the letter that C-RAMs would significantly help protect "important objects, especially crucial power plants" in Ukraine.

The agreements approved by MEPs on November 10 will replace existing bilateral transport agreements with EU countries, allowing Ukrainian, Moldovan, and EU haulers to transit through and operate between each other's territories without needing related permits. Additionally, the EU-Ukraine agreement will allow Ukrainian drivers to continue using their existing Ukraine-issued driving licenses and certificates of professional competence to drive in the EU.

On November 10, the Presidency of the Council of the EU and the European Parliament reached the relevant provisional agreement in response to russia’s unprovoked and unjustified military aggression against Ukraine and russia’s practice of issuing russian international passports to residents of the occupied regions, as well as russia’s unilateral decision to recognize the independence of the Georgian territories of Abkhazia and South Ossetia in 2008.

russian travel documents issued in russian-occupied regions in Ukraine or breakaway territories in Georgia are already not recognized or are in the process of not being recognized by EU member states. This decision, however, aims to set out a common approach, ensure standard visa policies, and safeguard the security of EU member states.

Viktorija Čmilytė-Nielsen, the Speaker of the Seimas stated that Lithuania sees Ukraine as a full member of the European Union at a joint briefing with Olena Kondratiuk, Vice-Speaker of the VRU, in Irpin on November 10. Ms. Čmilytė-Nielsen pledged to mobilize “all support” to help Ukraine, which, among other things, includes a contribution to the fair punishment of all war criminals who terrorize the Ukrainian state and civilians.

According to the parliamentarian, the respective President’s submission has already been registered in the Parliament. The Verkhovna Rada will likely extend the martial law for 90 more days, that is, until February 19, 2023.

Draft resolution on appeal to G20 states was registered in the VRU.

As stated by Vice-Speaker of the Ukrainian Parliament Olena Kondratiuk, VRU plans to address the Group of Twenty and call for the exclusion of russia as not meeting the requirements of the forum.

The Program contributed to amending the draft law on the law-making activity.

On November 1-2, USAID Rada: Next Generation Program's experts participated in the meetings on preparing Draft law No. 5707 for the second reading in the VRU. The meeting participants discussed the legal principles and subjects of law-making activity, related powers and methods for their delegation, as well as the system of regulatory and legal acts in the field of law-making activity.

The Program experts provided recommendations regarding the wording of the law article and use of terminology and suggested adding several additional provisions. Members of the subcommittee of the VRU Committee on Legal Policy dealing with the draft law took most of the experts' recommendations into account.

The updated draft law is planned to be finalized and presented at the committee meeting after all the amendments will be collected and duly incorporated in it.

Program's experts continued to support the activities of a working group on parliamentary reform.

On November 3, at the meeting of the working group, the draft Concept for the legislative process and parliamentary control strengthening, co-developed by USAID Rada: Next Generation Program's experts, was presented. The meeting participants gave positive feedback on the draft Concept and invited the experts to proceed with the development of specific legislative provisions.

On November 7-8, Program's experts participated in the meeting of the working group's unit that deals with the issues of the Code of Ethics and the status of MPs. The goal of the meeting was to discuss the expert recommendations on how the draft Code of Ethics should be finalized, namely in terms of its structure. The participants also dwelled on the extent to which the Code should penetrate MPs' private life, as opposed to their public presence. Based on the discussion results, it is planned to produce the finalized version of the draft Code.

The Program provided input to the draft law on a better selection of Constitutional Court judges.

On November 8, USAID Rada: Next Generation Program participated in the meeting with the European Commission for Democracy through Law (Venice Commission) representatives, who consulted with Ukrainian stakeholders to better asses Draft law No. 7662 and produce an Urgent Opinion and recommendations for it. Program's experts focused on the aspects of the draft law incompatible with Ukraine's constitution, such as the provision of the President's power to appoint a member of the Expert Advisory Group.

The Program arranged cooperation with an MP in the frame of the information-consultative hub.

On November 9, Program's representatives met with Oleksandr Aliksiichuk, MP, Servant of the People faction, to discuss support for the MP in fulfilling the representative function and communicating with voters under martial law conditions. It was agreed to hold a strategic session with the MP and his team involving NGOs, local self-government representatives, and other stakeholders, where a SWOT analysis will be conducted, key problems in the MP's constituency will be identified, and a roadmap for activities during martial law will be developed.

The Program facilitated an online webinar that helped MPs learn about Poland's experience in EU integration on November 10.

More than 100 participants from VRU committees and Ministries attended the event. The webinar focused on the main aspects of the parliamentary and governmental procedures in the context of the EU accession and the challenges that Poland faced. The participants learned about best practices for implementing EU-related reforms from Poland's experience.

Program's efforts helped the Parliamentary Education Center to hold an online lesson for school children from the series of sessions "Parliaments of the World Stand with Ukraine."

On November 10, the VRU Parliamentary Education Center, in collaboration with American Councils' consultant Natalia Nemyliwska and with the support of the Crises Coordination Center at the Embassy of Ukraine in Poland, hosted an international parliamentary online lesson for schoolchildren titled "Ukraine and Poland – in solidarity together!". The lesson brought together more than 300 high school students and teachers from the two countries.

Olena Kondratiuk, the Deputy Speaker of the Ukrainian Verkhovna Rada, and Lidia Burzynska, an MP of the Polish Sejm, participated in the event. They took part in the Q&A session, during which the audience had a chance to discuss the history of both nations, people-to-people interaction, plans for the future, and other issues of interest.

Students also received video greetings from Vasyl Zvarych, Ambassador Extraordinary and Plenipotentiary of Ukraine to Poland, and Michal Szczerba, Member of the Sejm of the Republic of Poland, Member of the NATO Parliamentary Assembly. The event was streamed on the Education Center's Facebook page.

On November 14, the Program will organize a strategic session for the VRU Research Service

to discuss the Strategy of the PRS.

On November 18 (TBC), the Program will organize a round table on the rebuilding of the deoccpuied territories of the Kharkiv region.

The round table will be organized in cooperation with the VRU Committee on Energy, Housing and Utilities Services and will take place in Kharkiv.

On November 16-18, the Program will conduct a series of events in the frames of the Information-Consultative hub in Cherkasy,

namely training on “Activity of an MP and MP's team in the constituency” for the team of Vitalii Voitsekhivskyi, MP, Servant of the People, and a consensus building meeting dedicated to “Effective interaction of an MP, military-civilian administrations and local self-government bodies during martial law: challenges and ways to overcome them” for the MP and his team, representatives of NGOs, local self-government bodies, and military-civilian administrations.

On November 21-23, Program's leadership will participate in the 5th Annual International Forum of Parliament Visitor Centers (Jerusalem, Israel), which will be held under the theme “Towards a Post-Covid New Normal: Transforming Parliament into a Learning Space for Democracy.”