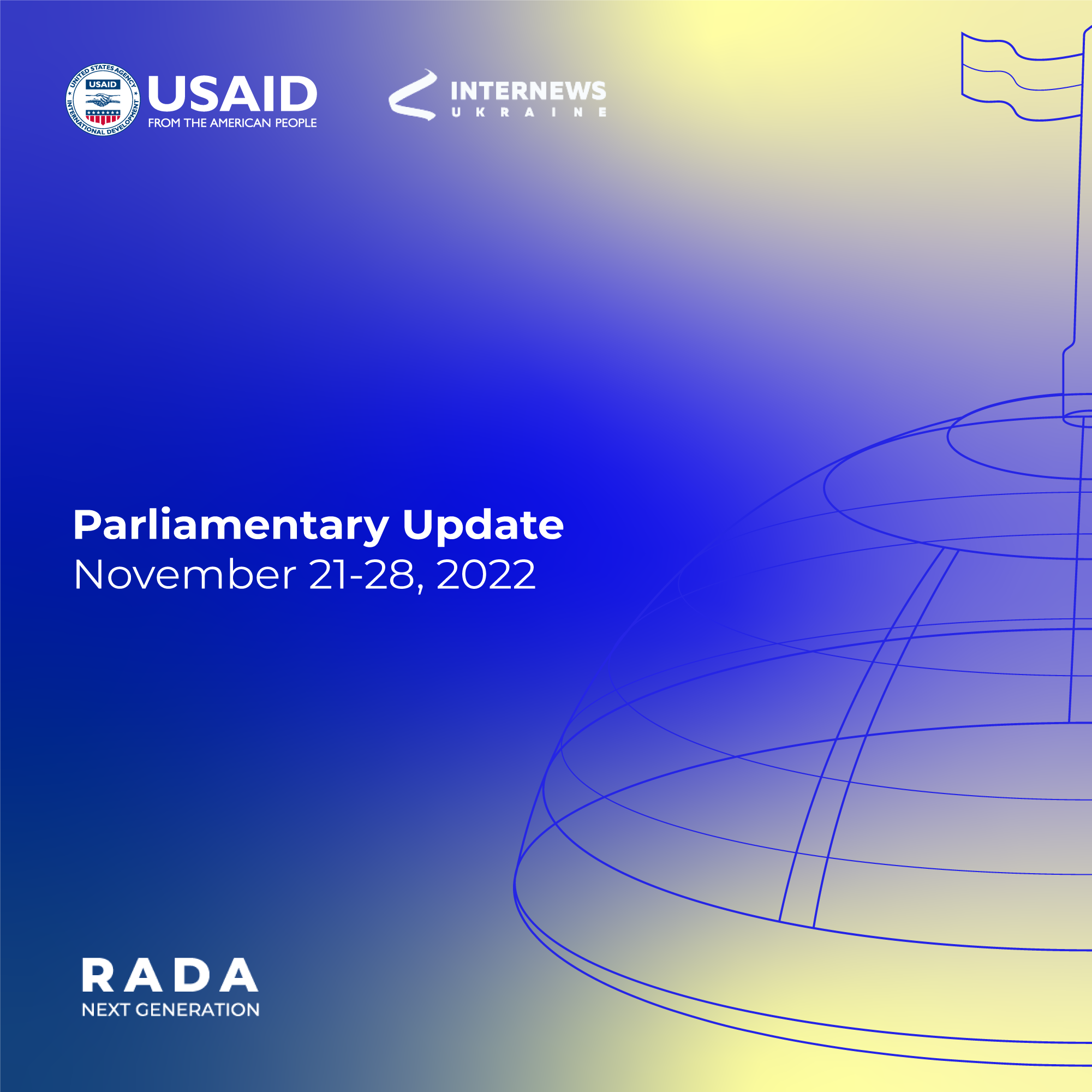 A two-day-old baby died as a result of russia’s shelling of the maternity ward in Vilniansk, Zaporizhzhia region.

The child’s mother survived the attack. Among the victims were also two doctors, one of whom is in a grave condition.

Since the beginning of the full-scale war, 440 children have died in Ukraine due to russians’ actions.

On November 23, russian forces used around 70 missiles to launch yet another attack on Ukraine’s critical infrastructure, which led to a temporary blackout at all the nuclear power plants, as well as most of the thermal and hydroelectric power plants. 36 Ukrainians suffered from the shelling, six were killed, and power cuts were reported all across Ukraine and in neighboring Moldova.

Later, on November 25, UN High Commissioner for Human Rights Volker Türk expressed his shock at the unabated human suffering in Ukraine brought on by continuing russian missile and drone strikes against critical infrastructure on a broad scale. He stated that the total number of casualties verified by HRMMU since russia began its ongoing barrage of missile strikes across the country on 10 October amounts to at least 77 civilians killed and 272 injured.

As reported by Minister of Defence of Ukraine Oleksii Reznikov, in 9 months of the full-scale war, russia has launched a total of over 16,000 missile strikes on Ukraine.

On November 22, a bipartisan group of 16 US senators penned a letter to Defense Secretary Lloyd Austin, calling on the President’s Administration to reconsider the decision not to give Ukraine advanced drones and provide the country with MQ-1C armed drones, or Gray Eagles, which are medium-altitude drones that can fly for more than 24 hours. “The long-term upside of providing Ukraine with the MQ-1C is significant and has the potential to drive the strategic course of the war in Ukraine’s favor,” the legislators wrote.

EP and the Dutch Parliament recognize russia as a state sponsor of terrorism.

On November 23, the European Parliament adopted a resolution on the latest developments in russia’s brutal war of aggression against Ukraine, highlighting the deliberate attacks and atrocities committed by russian forces and their proxies against civilians in Ukraine and the destruction of civilian infrastructure. MEPs recognized the aforementioned acts as amounting to acts of terror and russia as a state sponsor of terrorism and as a state that “uses means of terrorism.”

Later, on November 24, a similar recognition was made by the Dutch House of Representatives, a lower house of the Parliament of the Netherlands. The respective resolution was supported by the vast majority of MPs and called for the maximum possible support for Ukraine in the humanitarian, diplomatic and military fields.

Romania, Moldova, and Ireland recognize the Holodomor famine as genocide of Ukrainians; Germany seeks to make a similar declaration.

The parliaments of Romania, Moldova, and Ireland have recognized Holodomor, the Soviet man-made famine of 1932-1933 that killed roughly four million Ukrainians, as an act of genocide.

The Seanad Éireann of Ireland made recognition on November 22. It was followed by the Romanian parliament on November 23, with both chambers voting in favor of recognizing Holodomor as a “genocidal, systematic actions, direct, cynical, criminal act of the Soviet Union and its leaders to destroy the Ukrainian nation physically.” Finally, on November 24, a relevant declaration was adopted by Moldova’s parliament.

It is also known that German lawmakers are set to vote on a motion to recognize the death by starvation of millions of Ukrainians in 1932-33 as a genocide.

EP to support Ukraine through a new loan and the “Generators of Hope” initiative.

On November 23, President of the European Parliament Roberta Metsola and President of Eurocities Dario Nardella launched a campaign to collect power generators for Ukraine. The initiative titled “Generators of Hope” calls on cities to donate power generators and transformers to help Ukrainians get through the harsh winter ahead.

The following day, the European Parliament approved an €18 billion loan for Ukraine for 2023. The funding will go to supporting essential public services, such as running hospitals, schools, and providing housing for relocated people, macroeconomic stability, and restoring critical infrastructure destroyed by russia. The loan is conditional on Ukraine, as it requires reforms to strengthen the country’s institutions and prepare it both for reconstruction and its path toward EU membership.

The Commission finds that the draft amendments go a long way toward implementing the recommendations of the Commission's previous opinions. The Сommission's recommendations touch upon issues regarding the Advisory Group of Experts (AGE). Particularly, the Commission recommends providing a definite term of office for the international members of the AGE and for their appointment through an official act of a Ukrainian authority, ratifying the appointment decisions and simplifying the procedure of selection of the AGE member by Parliament to avoid paralyzing the institution.

What is more, it suggests amending the criteria for electing or appointing Constitutional Court judges in order to take into account gender equality standards, possibly by referring to the relevant applicable legislation and ensuring that the AGE provides the relevant appointing body with the names of the screened candidates accompanied by its assessment of the moral qualities and professional competence of each candidate.

According to Ruslan Stefanchuk, Speaker of Ukraine’s Parliament, the draft law, which deals with the selection procedure of the judges of the Constitutional Court of Ukraine, will be on Parliament's agenda soon. "The Venice Commission released its opinion", in which it emphasized the independence of the Advisory Group of Experts. Therefore, we are finalizing this draft law to approve it during the next plenary session," he mentioned.

VRU Speaker: it is important right now to label russia state sponsor of terrorism by the world’s parliaments.

Ruslan Stefanchuk noted that the world had begun to name russia as a terrorist state, recognized that russia sponsored terrorism and that the russian regime should be labeled as the terrorist one. He added that the European Parliament’s resolution was primarily a political statement, but the status of "terrorist state" or "state sponsor of terrorism" entailed the consequences of tougher sanctions and more serious isolation of the russian federation.

VRU Speaker: there is no consensus on remote voting in the Parliament.

According to Ruslan Stefanchuk, there is no consensus on remote voting in Ukraine’s Parliament right now, but he still supports the idea. He also notes that MPs should reconsider this issue, as the draft law has not been approved to be placed on the agenda previously. “We can put this issue on the agenda, but only if there is consensus. I do not see this, unfortunately”, he said.

On November 21-23, Program’s COP, Ihor Kogut, together with VRU’s delegates, had meetings with the leadership of the Knesset Research and Information Center to discuss ways of cooperation and exchange experience with the VRU Parliamentary Research Service and VRU Secretariat. They also discussed the best practices on electronic instruments to be potentially introduced into activities of the Parliamentary Education Center in Ukraine.

USAID has supported the Ukrainian Parliament’s participation in the network of International Forum of Parliament Visitor Centers since 2019. In 2022, due to Ukraine's membership in the network, national parliaments of EU member states hold exhibitions for Ukrainian children who left Ukraine after russia’s full-scale aggression.

Recommendations based on findings of a communication audit done by USAID RADA: Next Generation have been sent to VRU’s Committee on Energy, Housing and Utilities Services, Committee on State Building, Local Governance, Regional and Urban Development and Committee on Social Policy and Protection of Veterans’ Rights. It will help the Committees make their online communication more engaging.

On November 25, Program's representatives met with the two model committees (Committee on Energy and Committee on state building) to discuss the questionnaires they developed to assess the implementation of the draft laws, which is the first stage of the PLS pilot. This activity will help integrate such processes into their standard operating procedures to improve their sustainability. RANG will assist model committees in developing questionnaires for stakeholders on draft laws’ implementation.

On December 12, the Program will organize public consultations on the functioning the accumulative pension system

in cooperation with VRU’s Committee on Social Policy and Protection of Veterans’ Rights. Public consultations are organized based on the Guidebook “Public Consultations in the Verkhovna Rada of Ukraine,” prepared by the RADA Program in 2021.

On November 28, the Program will conduct a coordination meeting with the model committees

to discuss main achievements and reflect on future plans.

On November 29-30, the Program will conduct a training "Policy Making process and end-to-end legislative oversight"

for the Committee on Social Policy and Protection of Veterans' Rights and government representatives.

On December 1 (TBC), the Program will organize the parliamentary expert discussion “Protection of democratic institutions by the parliament amid the war”.

On December 2, the Program, together with the Parliamentary Education Center, will conduct the eighth lesson within the course on civic education.

The topic of the lesson is "Ukrainian statehood. Culture as a powerful weapon in the conditions of war."